And when I say east, I mean straight-as-a-line exactly due east. That's how the roads are, out on the plains, and CO-94 was no exception. I spent the rest of the afternoon zipping down that two-laner, which eventually joined up with US-40, with the sun at my back (for once!). A few miles past Arapahoe I crossed the border into Kansas, and a few miles after that I turned onto a gravel road that took me north through twelve miles of cornfields to another gravel road, which in turn brought me the remaining mile to the high point. It was appropriately marked, I'd say:

Like Panorama Point, Mt. Sunflower was also on active rangeland, but its approach was somewhat gentler on my car. I followed the dirt track up from the road and onto a slight rise in the middle of nothing.

The monument itself was fenced off (presumably from the cattle): 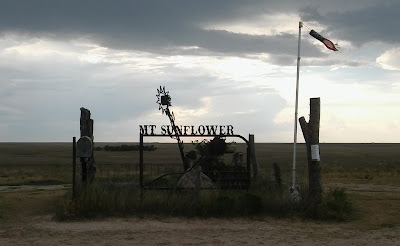 but the Lars still climbed over for a closer look: 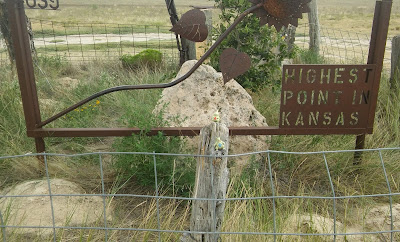 I signed the "summit" register, then lingered for a while, enjoying the absence of stimuli, while the rainclouds absently scattered their tiny drops over the plains: 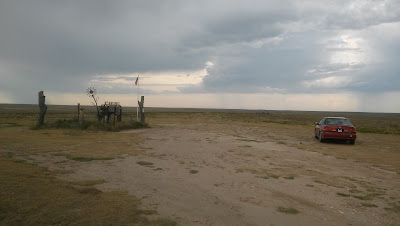 It doesn't rain any less often out here than back home, I reflected, just less.

As quietly as I'd come, I left. 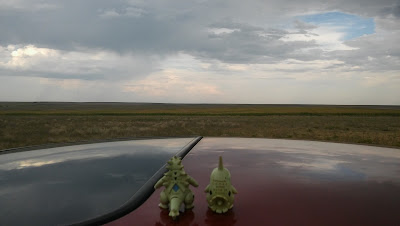