By the time you read this, I’ll be on my way north to bag my second batch of highpoints.

Wow, you’re probably thinking, that was incredibly good timing. Did she mean to stretch out the first leg’s posts to cover her entire layover in Virginia? Well… yes, let’s ascribe that to planning and not procrastination. 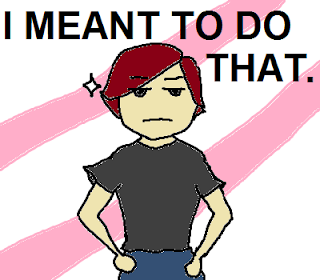 Fortunately, this northeastern leg will involve a lot more hiking and a lot less driving than the last one. I’ve got 9 high points to hit, 4 of which (Marcy, Mansfield, Washington, and Katahdin) are pretty darn remote. I don’t expect to have proper Internet access at all on this leg... which means you’ll get a week-and-a-half-long break from my blathering. Yay!

As for my itinerary, I’d originally planned to sweep west from Maine to New York, then drive on to the Upper Midwest, but after traveling for 17 straight days during the Southeast leg, I learned how exhausting and expensive and (most importantly) un-fun it is to stay on the road that long. So I’ll hit the summits counterclockwise instead: 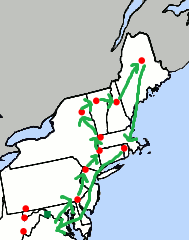 then I’ll return to Northern VA to write up my adventures.

Wish me luck again—I’m off!

Email ThisBlogThis!Share to TwitterShare to FacebookShare to Pinterest
Labels: even more miles, itinerary