A couple of weeks after that, I found myself in Wytheville for the weekend with a friend. We had some time to kill, so I suggested we hike the high point of the county, Comers Rock.

I'd tagged a couple of Virginia county highpoints while chasing other goals (Mt. Rogers, naturally, is the high point of Grayson and Smyth Counties, and Hawksbill Mountain tops off Page and Madison), but this was the first one I'd done intentionally.

We took US-21 south into the easternmost arm of the Mount Rogers National Recreation Area and pulled off at the forest road to the summit:


The road took us up through a valley, around a peak: 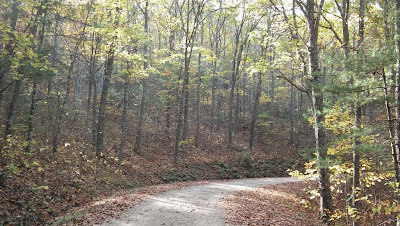 and onto the forested ridge of the Iron Mountains: 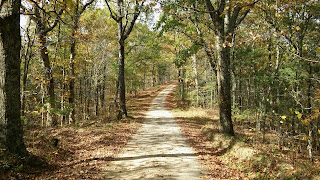 It continued along that ridge for another couple of miles, bouncing us gently up and down. Not the most exciting approach in the world, but my friend and I had plenty to talk about, so we didn't mind.

Along the way, we passed some old Forest Service facilities: 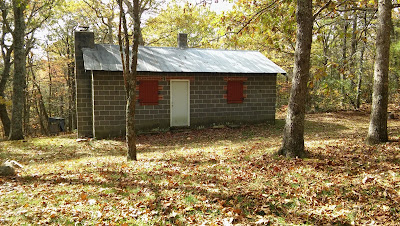 and an empty campground just below the Rock. The road continued on from there to Hale Lake, but we turned instead up the spur to the summit: 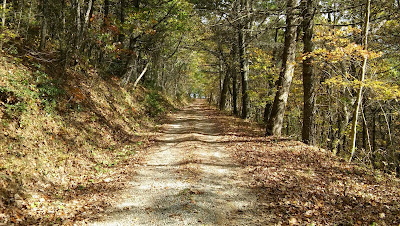 A half-mile later, there we were: 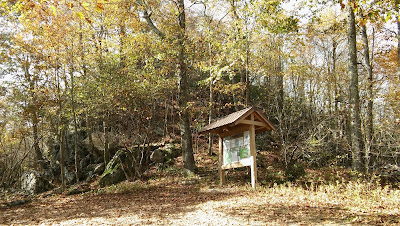 The Rock itself is rather steep, like a dollop of rock-frosting stuck to the long, flat ridge. But they've carved steps around the side, so it's not hard to summit:


We climbed up and arrived at an observation platform with a view well worth the four-mile walk:


The platform, I learned from the signs down below, was built on the foundations of a decommissioned fire tower, one of several from which the Forest Service watched for wildfires before the days of aerial monitoring.

My friend stayed on the tower while I poked around in search of rocks:


The hike down was uneventful: dry and dusty, but we were carrying way more water than we could possibly have drank, thanks to my friend's paranoia, so that wasn't a problem. All in all, the hike took us a bit under four hours: a nice little leg-stretcher after several hours of driving.

"I must say, I like that fellow you brought along today," MomMom confided to me on the drive home. "He was quite the charming conversationalist, and such a good sport about carrying all those water bottles on the ascent. Do you think we'll be seeing him again?"

I smiled--then winced as a black Jeep crept up behind me and settled itself ten feet from my bumper. "For Arceus's sake," I shouted, "we're going 75 miles an hour! You want to kill us both?" I hit the gas, shot past a trio of trucks in the right lane, and merged out of its warpath.

"Well, I hope we will," MomMom continued. "I think he'd be good for you. And LarLar could use a father figure in his life."

"Um." Way to jump to conclusions, MomMom. "We'll see how things go." I thought for a moment, then asked, "Whatever happened to LarLar's dad?"

She turned away, staring out the window at the Blue Ridge scrolling by. "He wasn't much of one. Didn't even pass on an egg move to his son."

I figured that was all she cared to say, but a few miles down the road, she spoke up again. "I suppose I could tell the story, if you want. It's no shameful secret--it's common enough among our kind. You could even blog it, if you think the readers would care."

"I bet they would. They'd love to hear about you." I drummed my fingers on the wheel, pondering the possibilities. "But I'd better start from the beginning, the day we first met..."