Urushiol, Scourge of the Forests

But first, a public service announcement about a certain substance found on three-leafed plants throughout North America--urushiol.

If you've done much in the way of hiking, camping, bushwhacking, orienteering, or any other activity that involves tromping around wooded areas, you've probably come across this plant: If you're one of the 80% of humans who react on contact with it, it has made your life a living hell for weeks after the fact. And if not, then just you wait--one of these days, you will be.

This three-leafed, hairy vine causes millions of rashes and blisters each year. It grows in an impressive range of climates and soil types: from the Caribbean to the Arctic, and from flood-prone bayous to thin-soiled mountainsides up to 5000' in altitude. It and its sister species account for 10% of all lost-time injuries in the United States Forest Service. And as atmospheric carbon dioxide levels increase, it's only growing larger and more potent.

I speak, of course, of Toxicodendron radicans, known to most folks as poison ivy.

That name's actually a bit of a misnomer: the oil secreted by the plant is not a poison but an allergen. Upon contact with human skin, this oil, urushiol, binds to proteins in skin cells and warps their shape until the immune system can no longer recognize them. The immune system then freaks out and attacks them as if they were a threat, causing the skin to redden, swell up, blister, and itch like a word I can't say on a family blog.

Some people react on their first exposure to urushiol, some people only react after several exposures, and some lucky people never do. Like most allergic reactions, each successive exposure produces a stronger reaction; the immune system learns to recognize the "threat" and attacks it more efficiently each time. A first reaction can take weeks after exposure to develop; subsequent ones emerge within 24-48 hours.

Once the rash has formed, it's not contagious, since the oil that caused it has already bonded to the skin. The rashes often expand over time, though, as skin exposed to lower concentrations of urushiol comes around to reacting, which gives rise to the myth that scratching a poison ivy rash spreads it. But it's still best to avoid scratching--the repeated bouts of tear-your-skin-off abrasion you'll want to apply can leave scars that last long after the rash fades (typically within a week or three).

There are creams and things you can use to soothe the rash, but the best remedy by far is prevention: keeping the oil away from your skin, clothes, and gear.

How can you do that? Here are some tips:
And if you or your stuff do end up contaminated:
Note that you can't just stash your gear in the closet and hope the oil will fade out by the next time you need it--urushiol stays active for up to five years. Plus it would spread from your gear to the rest of your stuff. An urushiol-covered blouse won't exactly make a good first impression on your boyfriend's parents, and I shudder to imagine the damage potential of a contaminated bikini bottom.

So be careful out there, and stay away from those three-leaved vines!

(And for the record, there's definitely no personal motivation for this post... nope, not at all... *scratches knee*) 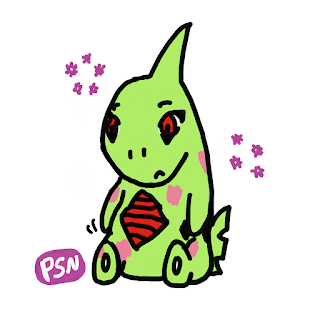 Email ThisBlogThis!Share to TwitterShare to FacebookShare to Pinterest
Labels: gear, I am not a doctor so don't take my advice, lar, poison ivy