Wildfires in the Great Smoky Mountains

Remember that huge anti-Smokies rant I posted back in May? I'm sure it sounded like I wanted Gatlinburg, Pigeon Forge, and Sevierville to go up in flames--and in the moment I just might have--but now that it's actually happening, I've entirely reconsidered.

When a friend of mine in Chattanooga informed me of the fire there this morning, I was surprised. Wildfires in November? Shouldn't those hills be covered in snow? But it turns out that the Smokies are at the center of a severe drought afflicting the entire Southeast. As my Chattanoogan friend said, "[L]ast night was the first rain of measure here for something like a hundred days." Wildfires have blazed throughout the Blue Ridge for the past month, including this particularly nasty one near the west entrance to Great Smoky Mountains National Park. 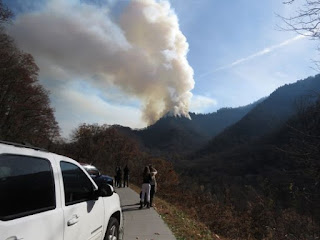 then quickly spread through the dry forest, carried by wind gusts up to 80 mph. It followed the US-441 corridor northwest from Gatlinburg (which is, as I write, still under mandatory evacuation orders as emergency responders battle the blaze) all the way north to Sevierville:


All in all, it's a major disaster for both the Park's ecosystem and the people of those towns, many of whose homes and workplaces have burned to the ground.

How awful, I thought once I'd heard the news. As I saw at Crater Lake, damage from such violent wildfires can take decades to regrow. Even the Smokies don't deserve that... and even spastic video-billboarded tourist trap owners don't deserve to lose everything they've got. But what could I do? I'd glady ship them a few days' worth of Redmond rain if only the postal service employed weather-shamans...

...and then I remembered, I have a platform! 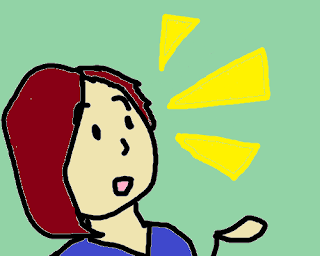 So if any of you readers would like to help the Smokies and the people of Gatlinburg, Pigeon Forge, and Sevierville recover from this fire, you can send donations to:
The Lars and I (not to mention the Smoky-folks) thank you!
Posted by Stoat at 9:30 PM